What should you know about the reformulation of MAMBA?

First, we want to make it clear that Mamba is still the hard-hitting, high-stim pre-workout that it was always intended to be. We used this reformulation opportunity to take the focus and pump sections of the Mamba formula to an entirely different level. We also cleaned up the stimulants to mitigate some side effects that some people weren't a massive fan of.

But I'll come back to that in just a second.

Starting with the stimulants, Mamba maintains the same caffeine complex that it had before. There are 400 milligrams of total caffeine from two sources. One source is a regular release, caffeine anhydrous at 350 milligrams, and the other is 50 milligrams of DI caffeine Malate, which is your extended-release anti-crash kind of caffeine. In addition, this is still our only pre-workout with beta alanine at a clinical 3200 milligrams, and we also kept the Gamma Butyrobetaine from the previous Mamba formula.

The original Mamba produced some cold sweats and internal shaking that some people didn't necessarily like. This was due to an ingredient called Yohimbine that has now been replaced with 100 milligrams of theobromine. This all results in a cleaner overall feeling in your body while maintaining the same hard-hitting energy level that Mamba had before.

Moving on to focus, we have a staggering 500-milligram dose of AlphaSize®, a patented Alpha-GPC agent out of Italy. AlphaSize® promotes the release of acetylcholine, the body's main neurotransmitter chemical. This patented Alpha GPC is considered safer and more effective than generic AGPC, and alpha size is regarded as one of the best brain nutrients on the planet. We paired that alpha size with a ten mg dose of Thinkamine®, a new patent out of Sweden that promotes laser focus and unbeatable mental clarity.

We think that Mamba by KLOUT PWR is the best focus pre-workout you'll find on the market.

And finally, the section of every formula that excites everybody. The Pump PWR Blend™ in Mamba combines 1000 milligrams of betaine nitrate (NO3-T®) with 500 milligrams of sodium nitrates (NO3-T®). These NO3-T® nitrates are patented ingredients clinically proven to increase nitric oxide levels many multiples over their generic counterparts. We also included pink Himalayan salt at a dose of 100 milligrams for more significant vasodilation.

Overall, Mamba still hits like a truck, but this time that truck is much more complete on the focus and pump sides and much cleaner on the stimulants. To provide you a blend of energy, focus, and pump that we think is unmatched on the market today.

Let customers speak for us 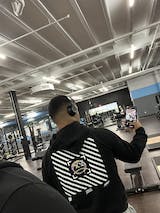 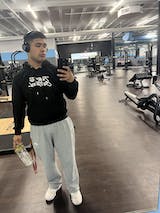 This is the best pre workout I have tried in most ways. But I think there could be less of certain ingredients in the mix. I believe the beta alanine is too high and it makes you excessively sweat and salivate for a long whole after working out. (If that's the substance that causes that). But other than that I think it's great and give you a really good pump and good focus and endurance. Very, very good focus. For me a half scoop does the trick just fine! Keep in mind I haven't taken pre workout or high levels of caffeine for almost a month prior to dry scooping this pre workout so you may or may not encounter the same side effect as me. Good stuff though! 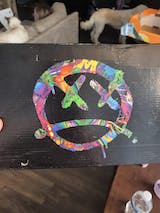 Best pre and pump I have tried so far no cash and great pump threw all my workouts!! 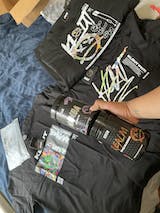 The smell is amazing! The taste was so good and fruity that I forgot it was preworkout! Keeps me focused so it’s a great alternative to people that don’t like caffeine 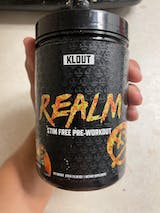 First off I want to start with the presentation. You don’t see any supplements look this fancy. second the smell was amazing, didn’t get that smell that makes your nose hairs curl like others. Lastly the taste, it’s called juicy burst for a reason! Taste delicious and easy to get down. Definelty a good pre for those caffeine lovers 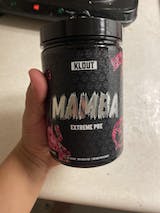 Realm is easily one of the best non stim pre workouts ever. I had veins where I never had veins before. The pump made it feel like my biceps and lats were about to pop. I definitely recommend you stack this with MAMBA easily a insane duo when used together!! 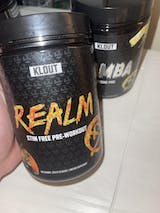 I have been jumping around a lot of pre workouts but once I stumbled upon Klout…. I couldn’t stop using their products. especially MAMBA hands
down the best pre-workout I have ever used in my
life. Felt no crash the energy lasted throughout the
whole workout and I felt and looked amazing while
using it 10/10 recommend for new buyers! 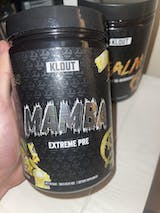 When I first started using preworkout, I didn't feel much of the effects, and I started off with some pretty mid flavors.
Once I found Karma, I knew this would be my go-to preworkout, as it gave me a sharp mind-muscle connection & focus during heavy lifts that I had never experienced before. Stack this with Realm and you're in for the best workout of your life! Highly recommend this product to friends, family, or anyone out there who's still using store-bought pre's. 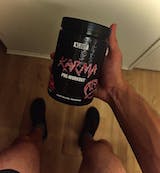 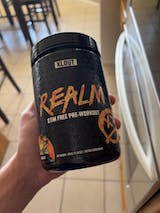 What can I say, this is easily on of the best forms of Creatine I’ve used not to griddy and has been unnoticeable taste when you mix with your pre! 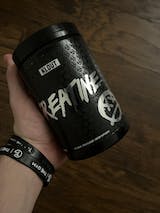